The Fool I Am

Bridging the gaps between folk and progressive. Dick Aven is not the kind of guy who likes to play by the rules. His music is all about defying convention and breaking the walls between various styles and ideas. Although his music is deeply connected to the earnest honesty of folk, Dick’s sound has a fascinating progressive streak that brings something truly unique to the table - think Fleet Foxes jamming with King Crimson! Dick’s recent studio release is an album titled “The Fool I Am”.

The record is a collection of enigmatic, thought-provoking and carefully arranged tunes that blur the lines between the earthy intimacy of folk and the avant-garde feel of progressive music. The album’s aesthetics are colorful and unpredictable - at times intelligent and brainy, at times instinctual and playful. The songs on this release were largely performed by Dick himself, who is a skilled multi-instrumentalist and arranger. James Sanger of Vibey Studios contributed with programming and mixing, while Hippy Baldwin (Metropolis Studios, London), curated the album’s mastering. 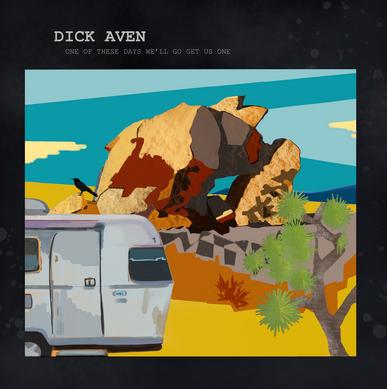 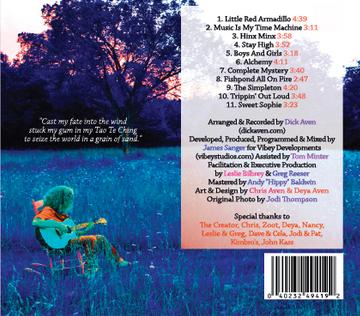 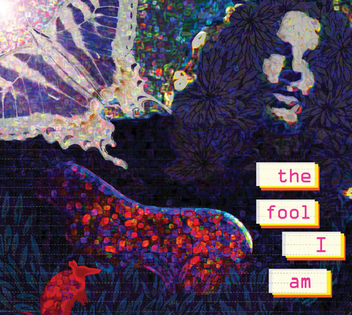 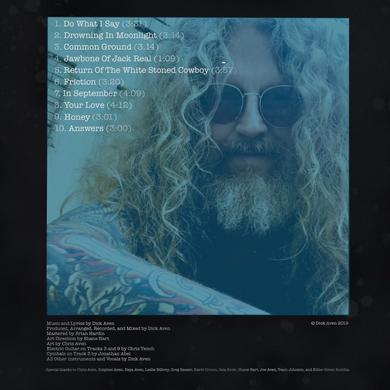 Dick Aven is a classic example of an artist who can make music with a diverse twist. His songs transcend styles, genre definitions, and ideas. In fact, Dick’s sound is all about breaking the rules and avoid getting stuck in the usual definitions.
Recently, the artist brought a fascinating new record to life. The project, titled “One Of These Days We’ll Go Get Us One,” is a fresh collection of songs with a one-of-a-kind attitude.
The release contains ten new tracks. Each song explores something different, and there is a lot of sonic ground to cover here! The album kicks off with “Do What I Say,” a very intriguing opener.
The track combines world-music percussion with jazz and fusion influences. If this wasn’t enough, there is also some indie and rock creeping in. This song makes me think of artists as diverse as Arctic Monkeys and Tom Waits, with a pinch of Mark Ronson!
The second song, “Drowning In Moonlight,” has a sweet 60s vibe to it. The tune makes me think of artists like The Kinks, The Byrds, or The Beatles, to mention but a few. This is a warm ballad, with delicate acoustic guitars and a ¾ tempo, which adds a unique swing to the song. Dick’s lyrics are passionate and romantic. His vocal harmonies accent the right parts of the song, to make it take off.
“Common Ground” is a warm acoustic composition with a light-hearted feel. I love the combination between the soothing guitar parts and Dick’s energetic vocals. The drum parts begin in a gentle way. However, they keep growing in intensity through the song, as the arrangement unfolds. This is one of the most personal and insightful tracks on the entire album, and I love its earnest lyricism!
“Jawbone of Jack Real” begins with some interesting sounds, almost reminiscent of a vibraslap. On this song, Dick is actually using a series of jaw harps tuned differently, and the whistling is very unusual!
I love the quirkiness of this track, which serves as a sort of interlude for the album to unfold. The following number is a track named “Return of the White Stoned Cowboy.” This is a perfect complement to the western themes of the previous interlude track. It’s almost like a Morricone soundtrack gone wild! I love the guitar tones here, giving a bit of a reggae rhythm to the beat, while never losing track of the main hooks. The reverb tones are excellent. They give the song a one-of-a-kind atmosphere within the context of the album. The instrumental compositions on this record are what makes the album unique, giving the listeners a diverse experience. The next song is titled “Friction,” and it is a return to vocals. This track combines funk, jazz, fusion and blues influences all under one roof. I love the beat and the cool melodic elements on this track, which is perhaps one of my personal favorite numbers here!
“In September” begins with a folky guitar/vocals combo. It makes me think of artists as diverse as Elliott Smith or Simon and Garfunkel, but with a less somber touch. I love the vocal melody and the fantastic production of this arrangement. The record keeps unfolding, and the next song, “Your Love,” is one of the most memorable compositions on the release. This song has some theatricality to it. Its rhythmic component brings me back to some amazing Latin grooves. I love the percussion and the way the groove complements the guitar tones of this release.
“Honey” is a sweet little song with an old-school style. It’s almost like a nursery rhyme with a positive attitude and an old-fashioned feel. If you like artists like Jason Mraz or Paolo Nutini, you are going to love this one for sure!
Last, but not least, the album comes to a close with yet another fascinating number. This last song is titled “Answers,” and it combines a mellow acoustic guitar arrangement with some captivating melodies and honest lyrics. This is the perfect curtain closer for this album, ad it brings the whole release back to full circle!

Dick played all the instruments on this album, except for cymbals on Common Ground which were played by Jonathan Abel. Chris Tench played electric guitar on Common Ground and Honey
On the other end, Dick played acoustic guitar, ukuleles, percussion, saxophones, flute, jaw harps, and Akai Electric Wind Instrument - not to mention singing and whistling!

In conclusion, “One Of These Days We’ll Go Get Us One” is a fantastic album with so many ideas! It will take you by surprise with its diverse attitude ad one-of-a-kind tones. It is an outstanding follow-up to 2017’s “The Fool I Am,” which also features 11 fantastic tracks highlighting Dick’s mercurial talent!